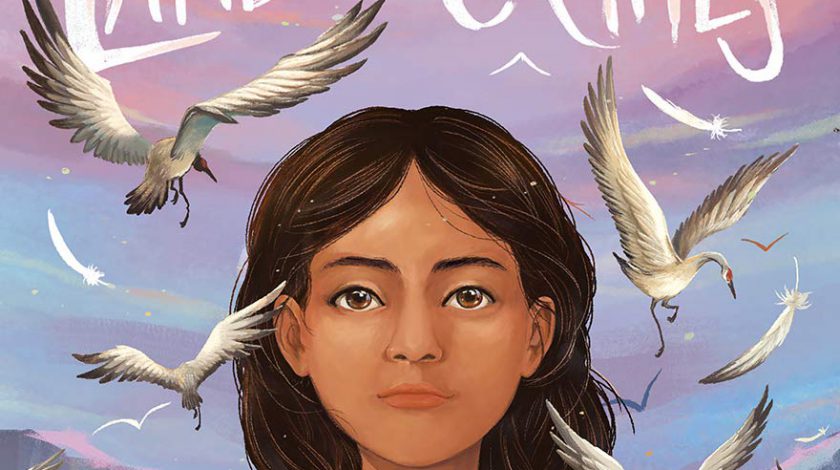 Land of the Cranes by Aida Salazar

Betita is a nine-year-old girl with a loving family in modern-day America. She enjoys learning new words, spelling, drawing, and playing with other kids her age. What appears to be a rather normal life quickly begins to unravel into fear and uncertainty when her Papi doesn’t pick her up after school one day. After failing to reach her father, the principal drives Betita home. While her mother tries to hide her worry, Betita knows something is wrong, and she soon finds out that the almost-worst has happened. Her father has been deported, leaving her mother, who is newly pregnant, and Betita to fend for themselves among growing grief and fear.

Eventually, they find a way to speak to Papi in Mexico. He reveals that there is a way that they can see each ot 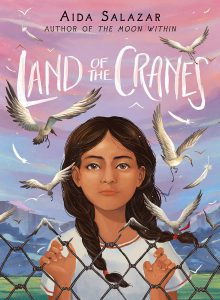 her – with him on one side of the border and his family somewhat safe on the other side. Betita can’t wait to see him again. A trip with some extended family to the border leads to a series of unfortunate events.

Betita and her mother are taken by Immigration and Customs Enforcement (ICE) to a detention center known as ‘the icebox.’ The temperature there is kept cold, they sleep on the cement floor, and the food they are given is moldy. The other kids seem scared and the adults stay quiet. The bathroom is a toilet behind a partial wall and the faucet doesn’t work. Betita and the others drink the water from the toilet tank to survive.

Unsurprisingly, Betita’s Mami begins to get sick. She doesn’t eat much and sometimes she sleeps most of the day. Betita is worried about the ‘egg’ inside her ‘nest,’ the baby. When Mami is taken away and Betita is left on her own, what will she do? Will this scattered family ever be reunited?

I personally enjoyed this novel, which surprised me greatly. Normally, I avoid books written in this style, but the author managed to reel me in and keep me reading. I read this book in one sitting. I almost literally could not put it down. The optimism that this book begins with and the dark spiral that it goes into is a compelling contrast that kept me reading. Social issues are brought up in a way that a child or an adult could understand and empathize with. This book is marked for ages 8-12, but I think readers above 12 would also enjoy this, just as I did.

Written in verse, Land of the Cranes is a haunting tale of a young girl in a situation no child should ever be in. Aida Salazar tells this story to bring light into the darkest corners of America and to offer hope that brighter days are to come. The author demonstrates the fear that some people live in – and that she herself lived in – through an intelligent young girl who only wants to fly. Aida Salazar sends a message with her second novel – that cranes are meant to be free.