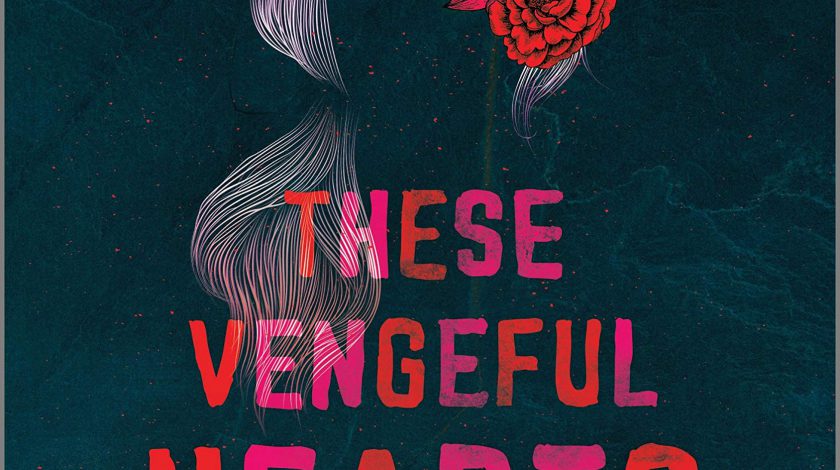 These Vengeful Hearts by Katherine Laurin

Ember Williams leads an active life at Heller High. She covets a 4.0 GPA, runs track, and captains the debate team. On the surface, she looks like a high-achieving teenager with a bright future. But there are secrets at Heller High. Secrets that Ember wants to uncover and force into the light.

The Red Court is a rumor, smoke vanishing into nothing under the fluorescent lighting of Heller High’s hallways. It’s rumored to be a secret society made up of female students, led by a mysterious ‘Queen of Hearts.’ They say the Red Court grants wishes. Desperate students can stuff a note in an unclaimed locker asking for something, anything. The Queen of Hearts doesn’t accept everyone’s wishes. She picks and chooses which lives she’ll save and which she’ll ruin. They say the Red Court can make anything happen.

When something mysterious happens at Heller High, students blame the Red Court. When pictures of a scandal appear on lockers, it’s the Red Court. But sometimes what they do isn’t so obvious. Sometimes a well-timed picture is all it takes, or a rumor that someone will win a student election.

All Ember wants is revenge. She seems like a perfect student, but there’s rage underneath her smiles. She’s fueled by vengeance, and she’ll do whatever it takes to make things right.

But when things start getting personal, when her best friend is the one in danger, will she stop? Will she draw a line in the sand, or will she let it consume her? Will she lose everything for the one that started it all?

Things are heating up at ‘Hell High.’ Will anyone make it out of high school unscathed? 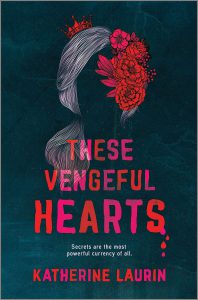 I thoroughly enjoyed These Vengeful Hearts.  I was excited for this book as soon as I read the description. Mysteries are one of my favorite genres. However, I got so much more out of this book. I even stayed up until 4:30 A.M. reading it once (oops!). It sucked me in and took me down the rabbit hole with Ember.

There were a lot of twists and turns in this book. Not too many, but just enough to keep it interesting and exciting. Her relationship crises are reminiscent of actual teenage drama (yay, accuracy!) and the idea of a secret club running a high school is intriguing. Ember is also just a likeable character. I went through everything with her and I was so empathetic to her problems. She had amazing character development, too.

Katherine Laurin knows how to write a book. I can’t believe this is her first YA novel. I recommend this book to readers who enjoy twists and turns, teenage romance and relationships, mysteries, and/or secret society lovers. Also, Gideon is a lovable gay best friend that I wish I had in my life, so if you were reading this wishing it had LGBTQ+ included, it does!