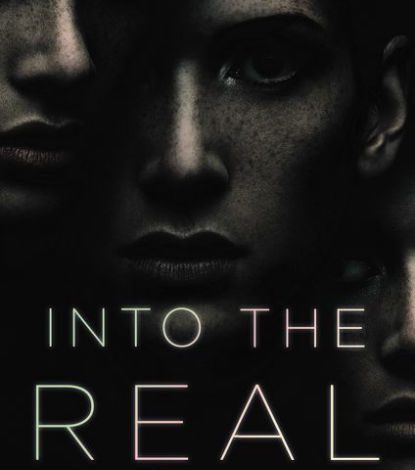 Into the Real by Z. Brewer 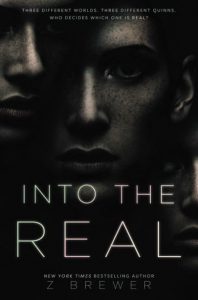 Z Brewer, an author who is also an outspoken mental health and anti-bullying advocate, has written a young adult novel that validates the challenges that accompany identity exploration. Into the Real is an affirming story about a person living a broken life and willing to do anything to be free of constraints.

Living in a fog of insecurity and confusion about sexuality and gender identity, seventeen-year-old Quinn experiences an oppressive feeling of loneliness. As Quinn navigates the fog of more questions than answers, more heartache than support, this genderqueer teen envisions a world in which life can be conflict-free and peaceful. However, to reach this place, Quinn—who resists labels and limitations—must do some serious soul-searching, and that experience proves challenging. After all, life is a multilevel, layered, and puzzling experience.

In the first version, Quinn lives in a Brume that is ugly, dangerous, and primal. Here, fighting for survival is the norm. Screamers, Rippers, and the Unseen Hands feed on people, and violence is overwhelming. Ever-hopeful, Quinn clings to the notion that this Brume is either escapable or able to be restored. Every time Quinn takes down a Ripper, a piece of this gender fluid teen dies. “You’d think ridding the world of monsters would feel triumphant and just, but the truth was, it was harder to do every time” (220).  Quinn wants to survive, to imagine living in a world that isn’t governed by the kill-or-be-killed philosophy, but determines that survival means pushing aside feelings. Quinn further discovers that trying to ignore the existence of difficult truths only encourages them to grow.

In a second version of life, Quinn’s parents have delivered her to Camp Redemption, a gay conversion camp where she has been sent to be worthy of heaven but experiences hell.  Although Quinn’s parents see her as requiring reconditioning and are willing to pay-to-pray-away the gay, her brother Kai encourages her to live life out loud, not worrying over much about what others think. Worried that she is an abomination, sick, or simply confused, Quinn tries to understand her demons while also befriending others on the LGBTQIA spectrum. She discovers how kindness can be life-saving and how being born into skin that doesn’t feel like your own can be painful. One of the other residents at Camp Redemption, Valerie, shares this truth with Quinn: “We can’t change who we are. We can only embrace [that identity] and celebrate it. . . . Sometimes it takes us a while to become the people who we really are” (246).

In yet a third layer, Quinn envisions life as a war between two factions: the Allegiance versus the Resistance. Hoping to make room for people who are different, Quinn stands against tyranny but comes to realize that prejudice is everywhere. If it were up to him, gender wouldn’t be a determining factor in what people are expected or allowed to do. But Quinn realizes that—try as he might—he can’t change the way the world works, a world where he is constantly told to “man up.” Eventually, Quinn accepts the futility of wishing to live in the aether, where war, bigotry, gender constructs, and weapons don’t exist.

Under the influence of Brewer’s pen, the reader is treated to many intriguing thought points. Among those are important morals: that fear of judgment and rejection can paralyze a person; that we each contain multitudes—making the pronoun they both suitable and appropriate; and that trust is a thread that keeps the heart together through war and stress and pain.

The novel also shares disconcerting and paradoxical truths: that “no one every fully knows anyone—not even themselves” (290); that survival sometimes depends on our ability to tap into our monstrous side; and that we choose our own reality as well as the people who will share that reality with us. We just have to “decide if the price of a closet is worth it” (293) and how much pain we’re willing to endure.

Attempting to piece together the brokenness of a puzzled life, Quinn must decide which world is worth living in: “A world where you are female and your family is alive and well. But your parents will never accept a queer child as their own. A world where you are male and command the respect of many, but risk living under the rule of a group that wishes to snuff out the queer of society. Or a world full of monsters and mayhem, where your family is dead, but gender doesn’t matter” (293).

Ultimately, Brewer’s book forces us all to confront certain realities: that no one else is the judge and jury of our self-worth. Someone else’s reaction to our truth isn’t a reflection of who we are. Although we author our own life stories, some things are not within our power to change. We have to acknowledge the trauma of rejection and move forward with newfound wisdom.