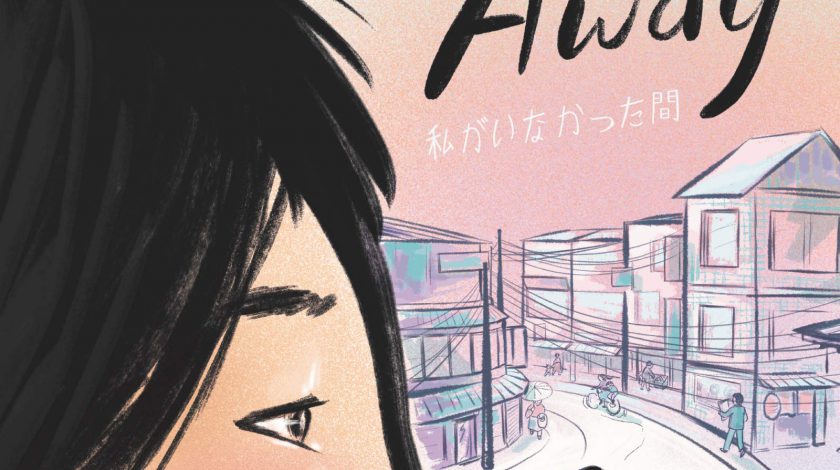 While I Was Away by Waka T. Brown

Sixth grader and lover of horses, Waka Tanaka was born in the United States and lives in Kansas, but her Japanese parents worry that Waka’s Japanese language skills are lacking, so they decide to send her to Tokyo to live with her Obaasama, her grandmother. 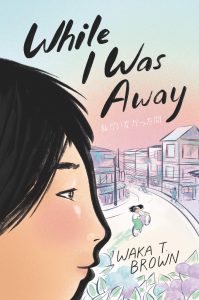 graphical account, While I Was Away, Waka T. Brown shares Waka’s struggle to find a place in her grandmother’s home, to curate a friend group, and to read and write the complicated strokes of kanji. Brown also takes the reader on a tour of Japan with its culinary, linguistic, and cultural practices.

In Tokyo, Waka experiences a life-changing five months. Caught between two cultures and feeling like an interloper, she encounters differences in family and friendship dynamics, in teacher behaviors and classroom routines, and in basic comforts and rituals that define her new home with an elderly and ailing grandparent. Because Waka desperately misses home and suffers a deep sense of loss and loneliness, letters from her friends Kris and Annette are lifelines for her.

Determined to try hard, Waka sets goals for herself and practices her Japanese reading and writing. She also wonders deeply about what it means to be friends. For the girls in her class, it means dropping some people for others or being, popular, pretty or rich enough to gain status. Because she is a foreigner—a gaijin, Waka commits errors that make her a bully’s target. However, she also sets herself apart with her athletic ability, which at home had gained her the nickname, Scrapper.

Over time, Waka decides that friendships shouldn’t be forced or difficult and that trying to fit into a group is unnatural. “The best friendships were the ones that occurred shizen ni—naturally” (233), like her friendship with Reiko Kobayashi. “Reiko never made fun of how I talked or the questions I asked about things every twelve-year-old Japanese kid should know but I didn’t” (233).

Despite all of her struggles in her search for belonging, Waka comes to realize that what she initially perceives as her parents’ plot to ruin her life actually provides precious time for her to learn the stories, to do the cousin-bonding, and to develop a relationship with Obaasama. As relatives, their lives all tie together, kind of like the ajisai—pink, blue, and purple flowers all on the same plant.

By the story’s end, Waka understands how lucky she was to have been sent away. She not only traveled across the ocean to another country but discovered realms in her mind and heart and soul about which she was previously unaware. She realizes that being away allowed her to take on more colors—like the ajisai, creating a more beautiful life.

2021-01-24
Previous Post: These Vengeful Hearts by Katherine Laurin
Next Post: One of the Good Ones by Maika and Maritza Moulite