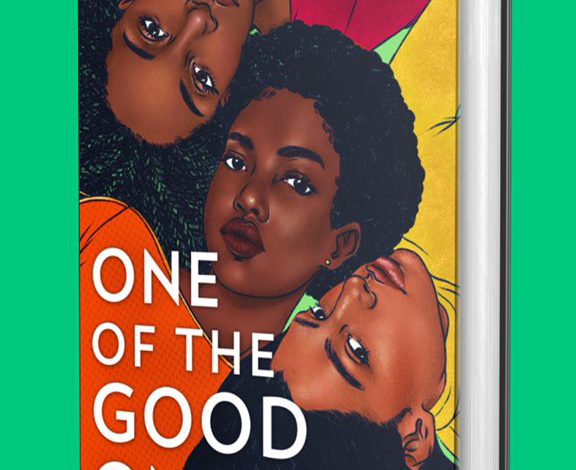 One of the Good Ones by Maika and Maritza Moulite 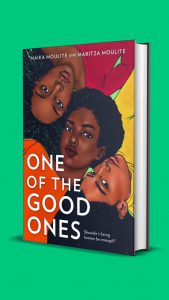 By their own definition, Naomi and Malcolm Smith used to “live in sin” and had their first baby, Jemima Genesis (aka Genny), out of wedlock while in their teens. However, being God-fearing individuals and believers in the notion of God’s mercy in granting second chances, they marry and eventually answer the call to enter the seminary. Now, they serve as co-pastors at Resurrection Baptist Church in Los Angeles, California.

Naomi and Malcolm completed their family with two more daughters, naming each one after Job’s girls from the Bible. Of the Smith trinity, Genny went on to become the youngest Black woman to earn her PhD in integrative biology at Caltech where she teaches and works in a lab of researchers. Keziah Leah (aka Kezi), a talented high school senior, is outspoken and ready to champion those who can’t speak up or those who get ignored when they do. “She made it her duty to whoop and holler for the overlooked [by creating] a YouTube channel to do her part to fight injustice in this country” (19). And Keren Happach (aka Happi), who likes having an effect on people, is somewhat rebellious and one of the drama club’s biggest stars. All three are achievers with a list of accomplishments, those that society might call: “one of the good ones.”

It is this branding that Maika Moulite and Maritza Moulite explore in their book One of the Good Ones. The Moulite sisters take readers on a tour, weaving the past into the present and teasing out ways that such a notion can become problematic—maybe even giving us permission to value some people more than others.

Much of the plot of the Moulite novel centers around Kezi—the straight-A, gorgeous, class president with an internet following who plans to major in African American Studies and History. She has chosen this course of study so that she can dig into the stories of the past and do her part to pull together the threads that might form a better view of the historical tapestry of not only her family but other African American families. Using The Negro Motorist Green Book and performing additional research, Kezi wishes to know more about the conditions endured by African Americans during the Jim Crow-era of racial segregation in the United States.

Her best friend and love interest is Ximena Levinson, a forthright, confident, and swaggy girl who possesses a magnetic “aura of IDGA-single-F-itude” (33) and plans to study Game Design at New York University when she graduates from Thomas Edison Senior High School. Unlike Ximena’s ability to live life out loud, Kezi isn’t ready to make her sexual orientation public, fearing her parents’ reaction and believing that “in their eyes, I would no longer be one of the holy ones, one of the good ones” (34). Despite her YouTube channel and all of her talk about how the world is overdue for acceptance, tolerance, and inclusion, Kezi isn’t ready to accept that risk. Even though she’s not there yet, Kezi believes strongly that it takes courage, resistance, and self-love to be our authentic selves, to embrace what makes each of us unique, and to accept one another’s differences, not keeping them hidden but celebrating them “outside of the safe confines of the group in which [we] belong” (34).

Although Kezi believes it is vital to post our grievances online and let the world know that we won’t’ stand for injustice anymore, she believes that showing up in person is equally important: “A trending topic is easy for us all to hop on.  But organizing, making signs, petitioning for changes in legislation, marching? That takes dedication” (120). Given those beliefs, Kezi and Ximena attend a protest for Jamal Coleman in South Los Angeles.  However, Kezi’s desire to record the protest and a subsequent misunderstanding about her resistance get her arrested. While in jail, a fire in the bathroom results in many casualties, Kezi among them. Now, she’s a martyr for the social justice cause, a true hero “who does something simply because [she knows] it’s the right thing to do” (147). Legislation even gets named after her: the Kezi Smith Bill, which addresses the national issue of police brutality.

To commemorate Kezi’s life and to uphold her legacy, Genny proposes that she and Happi take the celebratory trip that Kezi had mapped out for after graduation. Hoping to explore old Route 66 and its nearby roads with the help of The Negro Motorist Green Book, the travelers could “investigate what life was like for people like us back then” (83). They will record their steps and vlog about the trip on Kezi’s YouTube page. Ximena and another good friend Derek Williams join the sisters.

Along the way, they visit hanging bridges, sundown towns, and establishments that welcomed African Americans until such a time that “Black patrons would be welcome everywhere” (167). While the four young people realize that society has made advances in that Civil Rights direction, Happi also says, “We have a hell of a long way to go” (253). Not acknowledging the advances would be a slap in the face to those who have worked hard to improve society; however, calls for justice are still necessary since systemic injustice prevails and “seems like it’ll never stop” (253). Whether we look at evangelical types who preach that “all this LGBT-alphabet-soup is the Enemy’s doing” (172) or we examine our own silence when we’re told who to vote for, why wives should submit to their husbands, how to “live right before the eyes of God” (174), or where we’re headed when life is over if we don’t pay heed to church politics, we realize not only how much work remains to be done but that silence hurts too.

I found Happi’s metaphor that “we’re all going through life in a country song” (256) especially appropriate: “I love country music. All the crooning about tilling a small patch of land, riding a tractor, driving a truck, dancing in cutoff shorts, kicking your feet up on the dashboard. Doing your best to stretch a dollar so ends can almost meet.  So much of it is about falling in love with the girl next door, living an entire life in that same twenty-mile radius of a small town. . . . It’s the same people coming in and out of each other’s lives, building things up and burning things down. . . .  Different lyrics, maybe, but [we’re all] humming the same melody, and nobody’s listening closely enough to notice” (256).

Under the influence of imaginations and the pens of the Moulite sisters, readers accept that maybe it’s time to take notice and to effect change. Like today’s movement towards recognizing that all lives matter, we all need to play our part to ensure equality. Despite humanity’s smallness in the grand scheme of things, “the lives we lead are big and real and powerful” (318-319), and there will be no progress to recognize that truth without struggle by a united front—a lesson taught by Frederick Douglas in his “West India Emancipation” speech delivered on August 3, 1857.

The title of the Moulite book also defines it, since it is “one of the good ones,” a book with historical significance, well-drawn characters, multiple morals, and a timely, relevant, and important social justice theme.  In a surprising twist, it also explores a mind crippled and haunted by the past.

One of the novel’s key morals is that we don’t need a list of accomplishments to justify our existence. After all, there is no competition and no allotment for who deserves justice and who does not. Although existing as a human being on this earth should be enough to deserve respect and justice, in the authors’ views, it isn’t our current reality. “Instead, we focus on those we deem worthy. . . . We mention potential not reached or promise of greatness gone unfulfilled, while others are erased from existence all together. But we are more than the good ones” (335).

2021-01-29
Previous Post: While I Was Away by Waka T. Brown
Next Post: Fantastic Tales of Nothing by Alejandra Green and Fanny Rodriguez