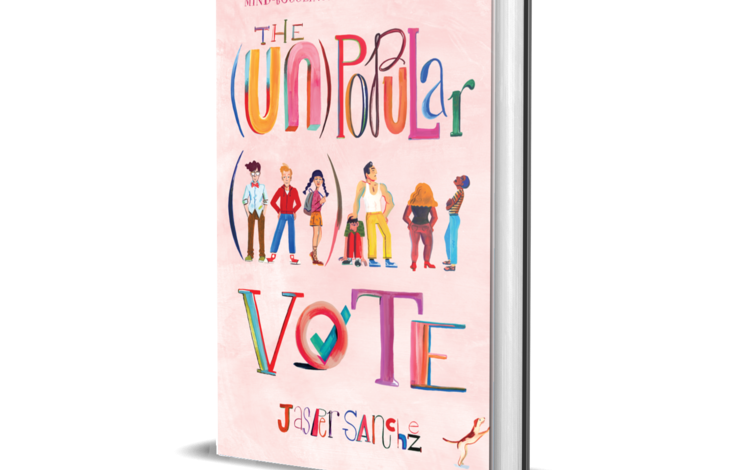 The (Un)Popular Vote by Jasper Sanchez 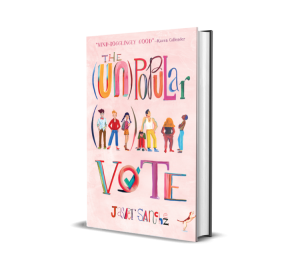 The (Un)Popular Vote by Jasper Sanchez is a huge undertaking. While it accurately depicts the “clique-centric hierarchy” and popularity contests that exist in high schools across the United States, it also dives deeply into ideologies—both political and personal. Along with Sanchez’s characters, the reader will confront some difficult questions and ponder possible solutions. One of those key questions is How do you claim space in a world that doesn’t want you? Sanchez expertly points out that everyone’s normal is different, and in a heteronormative society, that fact is bound to create some conflict.

Initially, the book seems to be about a transgender teen who grows tired of faking her biological sex. As a result, Madison Teagan decides to become Mark Adams. A choice his oncologist mother fully supports but her California Congressman father, Graham Teagan, sees as a pretense or a temporary experiment. Because Mark’s true identity is a death sentence for Dad’s political career, Mark and his mother have moved from Marin to Santa Julia where he lives as stealth and passes for straight. However, he’d like to follow in his dad’s footsteps: Harvard, law, politics, manhood.

While that conflict provides the hub of the novel, it spins way beyond that issue when Mark steps out of relative obscurity to campaign on an anti-bullying platform for student body president at Utopia High School. As a Populist, his platform is about justice, changing the system, giving a voice to the disenfranchised students, and making the school a safe space for all. In a system full of false choices, he plans to weaponize his privilege and hopes to educate and empower students, to create a space “where hate speech and hate crimes alike are prosecuted to the fullest extent of the disciplinary code” (136).

Mark’s best friend is wrestler Pablo Navarro, an ace individual of Mexican heritage who knows Mark’s true identity.  The only other person who shares that truth is his campaign manager, Jenny Chu.  Famous for her emotional support and constructive ass-kicking, Jenny dreams of a K Street corner office once she has been to Georgetown and law school so that she can land a “cushy consulting job where she can pull the strings from behind the scenes” (89-90). Several times in the novel, she is referred to as Olivia Pope.

Because Mark—an idealist and an optimist—genuinely believes that the world can be a better place, he wants to help Utopia High School remain true to its name. “Utopia is a promise to work toward a school we can call ‘great.’ It’s a promise of a safe, inclusive community for all our students, where we can all strive toward achieving our fullest potential” (144).

As he fights for his beliefs and gets to know his constituents, Mark risks losing some friends—like Jenny and Ralph. Mark selects Ralph—a gay young man—as his running mate, even though Ralph calls himself a liability: “I’m the weird kid who does calculus for stress relief and likes Star Trek unironically” (203).  The secret-keeping and lies Mark has to tell to honor his contract with his dad may come back to haunt him.

At one point during Mark’s campaign, the Christian Club lashes out, with Jared announcing: “Your campaign is full of heathens and infidels. . . . You flaunt your alternative lifestyle like it’s something . . . the rest of us should aspire to. Your friends are dykes, fags, and whores.  You say you want to protect all students, but you’re the poison, Mark. Your kind are the real threat” (219).

When the assault triggers traumatic memories of stories told by his Jewish grandfather, Ralph has an anxiety attack. As Mark comforts his running mate, he announces, “Oppression isn’t a contest. Having a reaction—feeling the hurt—isn’t a weakness. . . . Becoming numb, accepting hate as an inalienable fact of the human condition—that normalizes it. Complacency in the face of oppression codifies it. That’s what stops us from changing anything. Not fear of repercussions, but fear we’ll let ourselves hurt and fight and still lose” (225-226).

Together, Ralph and Mark are determined to build this world from love. “Olam chesed yibaneh. Those words aren’t just a prayer but a call to action” (226). They will use their compassion and beliefs to counter Henry McIver’s threats and hate-filled homilies and Clary Cabrera’s saccharine speech platitudes.

Eventually, Mark realizes he has constructed his own bully-pulpit. His mother reminds him that a candidate’s job is not to lecture but to open the conversation, not to make promises but to solicit the help of others in making a vision into reality: “There’s a difference between being an activist and being an organizer. . . . Real change happens when regular people come together to fight for it. Your job is . . . to empower them” (289).

Mark’s efforts to keep everyone happy and his promise to single-handedly dismantle systemic oppression threaten to backfire. The beauty in Sanchez’s novel is in Mark’s epiphany. Mark must admit that his own perspective is flawed. As he tries to see people anew, he discovers his baser side and is forced to admit that we’re all just “works in progress.” Mark’s impromptu campaign speech and his rant against God are among some of the most philosophical moments in the novel.

Along with Mark, readers realize that there is danger in both perception and truth and that things don’t get better unless we put in the work each and every day.  That fight takes courage—especially in a world where difference is often stigmatized.