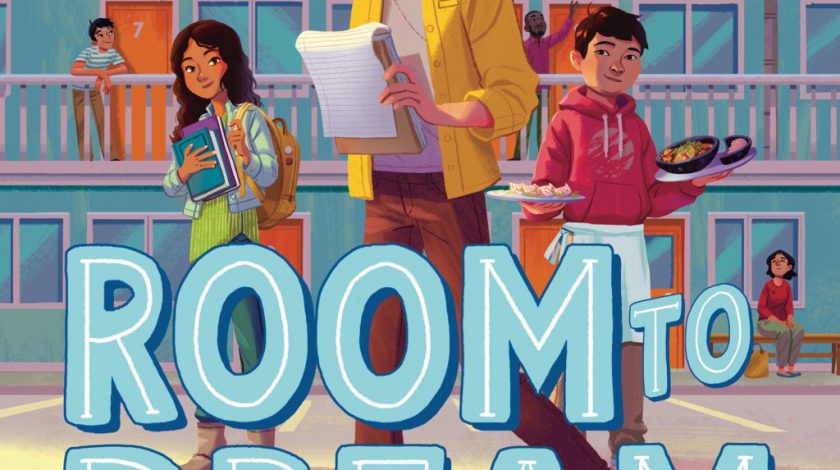 Room to Dream by Kelly Yang 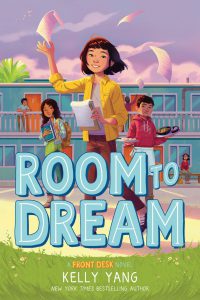 to Dream is Kelly Yang’s third book in her Mia Tang/Front Desk series. It shares Mia’s current experiences as a seventh grader navigating friendship challenges and boyfriend drama. Mia also returns to China in 1995 with her parents after being absent for five years. While she cherishes the time with family, Mia wonders about the changes that “progress” is making. The big chains are “swallowing up” the small mom-and-pop businesses.

Having been made aware of these changes an ocean away, when Mia returns to California, she notices that ethnic shops are closing in favor of hotel and restaurant chains. When Vacation Rentals offers to buy the Calivista Motel for an exorbitant amount of money, Mia worries that the weeklies, the immigrants, and her family will be without a home. While she fights to protect the independent businesses, her friend Jason Yao—a junior chef at a cooking academy—believes that bigger means more successful.

Other conflicts include the issues of colorism and sexism. During a class photo session, the photographer arranges the students in such a way that it reinforces Mia’s notion that “to be in the front row in this country, [a person has] to work ten times harder and be more accomplished than [white, popular girls]” (21).

In additional situations, Mia and Lupe Garcia are reminded of how hard immigrants have to work so as to noticed and to be taken seriously. Mia expends a lot of energy fighting for what she deserves but that others take for granted. When she is so exhausted that she’s ready to give up, she recalls Lupe’s words: “You can’t win if you don’t play” (181).  With that as her mantra, she uses her writing as an outlet and discovers that words have power—they can cut deep, as well as provide solace. They can enlighten as well as change minds. Turning loss into an opportunity, Mia fights big business with her big heart.

Mia also learns that there is more to the American Dream than owning a house. One of the weeklies, Mrs. T tells her that “doing things you love, helping your community, and being with your friends” (148) also define the American Dream. From Mrs. T, Mia furthers her understanding of friendship, which is “kind of like a river—there are ebbs and flows. Just because you’re in an ebb doesn’t mean the whole river’s dried up” (148).

As each of the three tweens pursues a dream, that devotion consumes their time and threatens to undermine their friendship.  After their shake-up, the three learn to find balance.

2021-09-29
Previous Post: The Leopard Behind the Moon by Mayonn Paasewe-Valchev
Next Post: Dark Rise by C.S. Pacat