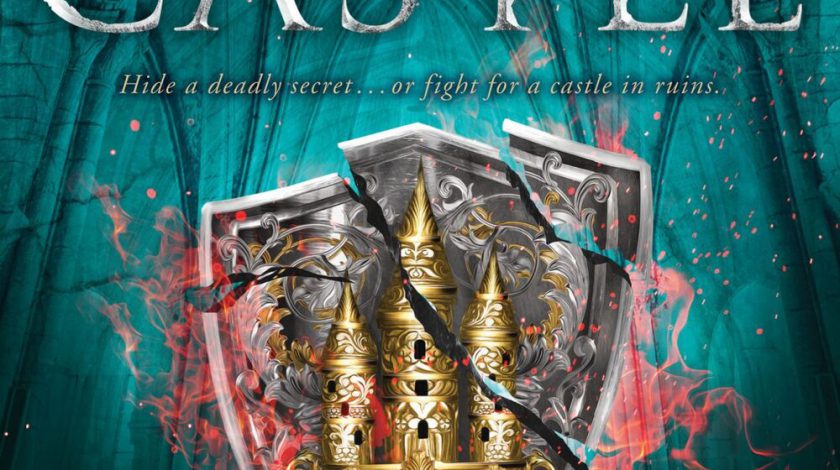 The Shattered Castle by Jennifer A. Nielsen 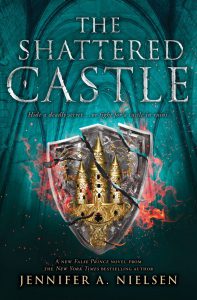 The Shattered Castle is Book Five in the Ascendance Series by Jennifer Nielsen, and it is as rich with action and adventure as it is filled with lessons for living an honorable life.

When Jaron Artolius Eckbert the Third defeated the Prozarian Army, he stole the Devil’s Scope and kept the secret for himself. Now he must not only defend Carthya from the vengeful Prozarians and protect his kingdom and his throne from the power-hungry Castor Veldergrath but win back the trust he lost from Imogen, who is furious with him for this betrayal.

Nielsen weaves her plot with mastery and creates her characters with care. Known for his fool-hardy nature, Jaron is especially well-developed. Nielsen paints him as having a mind that “never stops creating mazes of plots and plans” and as capable of cheating “death with nearly every step he takes” (68). Jaron describes himself as imperfect, selfish, arrogant, impetuous, demanding, and the greatest of fools. He is someone with whom “the devils are far too entertained” (349). For him, truth is often a putty to be shaped and molded to achieve the results he desires. It is a “mirror he distorts while telling a person to trust what they see” (166).

Jaron takes readers on a reckless ride as he defends what matters most to him. In the process, Nielsen challenges her readers to think about what manipulates our own actions, to decide—when we are forced to consider what matters most—what our three questions or three wishes will be. From Jaron, the reader must consider the concept of truth and whether telling an outright lie versus withholding certain elements and practicing deception is more wrong. We also realize that when we lose sight of what matters most, we begin to lose our way and might be lost forever.

Despite his somewhat minor role in the novel, Levitimas is also artfully drawn. From him, readers grow aware of the power of knowledge and learn several important lessons. One of those imparts the secret to life, that “no one begins to obtain wisdom until they admit they lack knowledge” (92). Another measure of wisdom derives from his interpretation of the symbols on the Devil’s Scope since Levitimas encourages us to wonder about the source of prosperity and power. Is it to pursue wealth and trade, to possess knowledge, to seek equality, or to cultivate strength through weapons and war? While readers are left to decide for themselves, Levitimas hints at the answer when he claims: “There are many ways of being strong. Fighting is the lowest form of strength” (298).

We also recognize that we have to walk in darkness for a time before we find the light and that sometimes we have to jump into the unknown. Perhaps one of the most relevant morals comes when Levitimas says: “We cannot keep what we do not earn. What we have earned we cannot lose” (345).