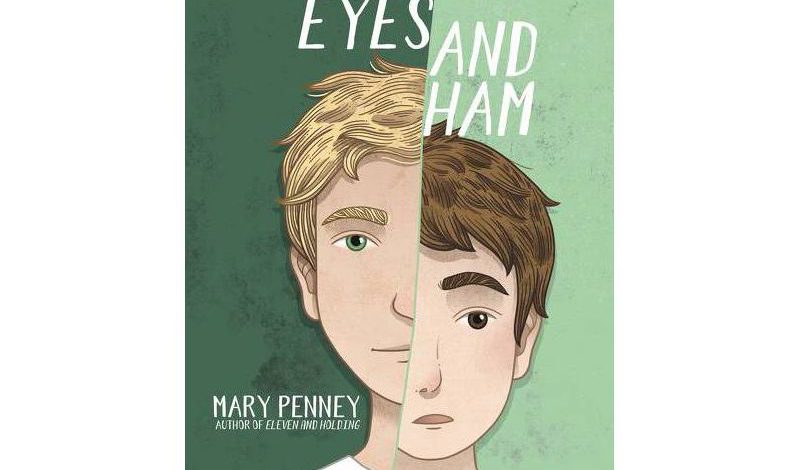 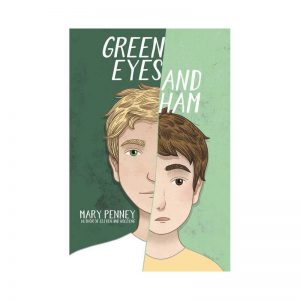 With her novel Green Eyes and Ham, Mary Penney explores multiple topics relevant to middle grade readers. In her protagonist Abraham Hudson, readers will find a relatable character who confronts familiar conflicts. After all, the junior high years are fraught with challenges revolving around issues like first love, sexuality, friendship, and finding a sense of belonging where everything looks different, smells different, tastes different and where the language and customs are also unknowns.

For twelve years, Ham has been homeschooled, but when his mother, who is a priest, experiences a cardiac event and needs to pare some of the stress from her life, Ham is forced to attend public school. A collector of old vinyl records—especially Motown and the Temptations—Ham navigates this strange new world with another student attending Harvey Mellencamp Junior High for the first time. Fey, a level-headed and science-focused individual, lives in Ham’s neighborhood, and the two become fast friends. Familiar with being the new student and an outsider, Fey serves as Ham’s cultural broker. However, like the character in the film Footloose, Ham aspires to win everyone over.

With Fey’s interest in science, readers will learn interesting facts about tide pool habitats and the creatures who comprise that ecosystem—such as barnacles and giant urchins.

When Ham meets Micah Tuttle, a boy with eyes as green as Lifesavers and exuding charm, he is confused. Not sure how to explain these disconcerting feelings to Fey, Ham begins keeping secrets. Furthermore, Micah confides certain family secrets, while also trying to put a wedge between Ham and Fey. Ham even joins the cross-country team, hoping to increase his credibility in Micah’s eyes. When Micah uses Ham as a shoplifting mule, Ham is determined to figure out a way to help Micah stop stealing. As Micah’s recklessness escalates, Ham is steadfast about taking the peaceful path versus speaking up. Ham even convinces himself that a lie told to protect someone is the “good kind of lie” (1). Soon, he’s mired in muck!

Besides the moral compass component of this text and its exploration of the truth versus lying conflict, Penney explores themes like adoption, family, and religion. Even though it’s not the main conflict, the questions Ham asks about his sexuality are both poignant and revelatory. Young people do need someone safe to ask questions like “What if I was a queer? It would be one more thing that would make me different, and I was trying hard not to be so different for once.  . . . When do you know for sure either way? Who could you ask? Who was safe to ask?” (138).

Deuce, a former convict and family friend, serves as one of Ham’s adult mentors in the sexuality arena. A gay man himself, he tells Ham: “First loves are magical. It’s hard not to lose your head completely” (413). Like many of the “divine mysteries of life” (415), love is difficult to translate with logic alone; it is an experience that requires heartfelt acknowledgement. “And your heart may not give you advance notice or understanding” (415), according to Deuce.

A few more side benefits of Penney’s novel are the allusions—including that to the Dr. Seuss classic to which the title hints. Whether intended or not, Penney invites a comparison between the two texts. Readers might decide that both books have similar themes, including how we need to not give up so quickly because of challenges or adversity in life. With the emphasis on green, the implication of spoilage and the process of going rotten applies to both, as does the caution about gullibility and being too easily manipulated by the power of suggestion.

The morals are plentiful in this rich text, where—among all of the foregoing—readers will further come to realize that “you can’t ever let people decide what someone is like. You have to discover that yourself” (196). Penney also invites us to reflect on the lengths we might go to befriend someone or to remain in their favor.  She likewise reminds her young readers that “even though we don’t have the luxury of do-overs, we can do what we need to do to make things right in the aftermath” (394) of our mistakes.