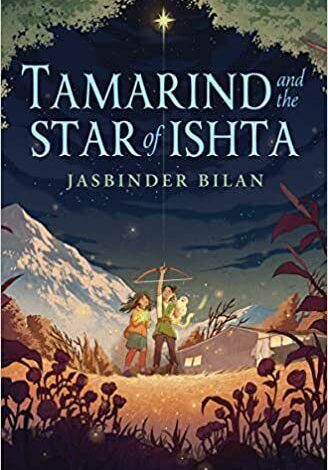 Tamarind and the Star of Ishta by Jasbinder Bilan

Set in India on the estate of the Kaur Sher-Gil family, Tamarind and the Star of Ishta by Jasbinder Bilan captures the life story of Chinty’s daughter. Eleven-year-old Tamarind was born in India but moved to Bristol, England, with her father after her mother dies in childbirth. The young tween loves British football (soccer) but feels lost because her father won’t answer any of her questions about her mother. When Tamrind’s father remarries and decides to venture to India on a honeymoon, Tamarind goes to stay in the Himalyas at Alakapari with her mother’s family–who are virtually strangers.

Initially, this time is fraught with confusion and anger at all of the unfamiliar foods, people, places, and traditions. Questions abound: Why does Sufia scowl so often and treat Tamarind with cold contempt? For whom is the mystery chair reserved–covered in truquoise-blue velvet and sequin stitched fabric? Why is the small garden house off limits?

Unwilling to follow all of the rules, Tamarind is driven by her curiosity and determmination. In the garden hut, she discovers a box of her mother’s treasures. Among them is a ring. When Tamarind puts on the ring, something inside her shifts, “like memories awakening after being trapped inside that box for so long” (95). But Sufia steals the ring from Tamarind.

Although Sufia seems intent on making Tamarind miserable, her nine-year-old cousin Arjun–who loves skateboarding and origami–helps her navigate the family customs. Furthermore, Tamarind’s mystery friend, Ishta helps her feel less alone. With Ishta and her pet monkey, Hanu, as her tour guides, Tamarind finds magic in her mother’s childhood home. As Tamarind gradually pieces together details about her mother’s past and solves various mysteries, she discovers her own origin story.

2022-07-25
Previous Post: Lines of Courage by Jennifer A. Nielsen
Next Post: If You Change Your Mind by Robby Weber