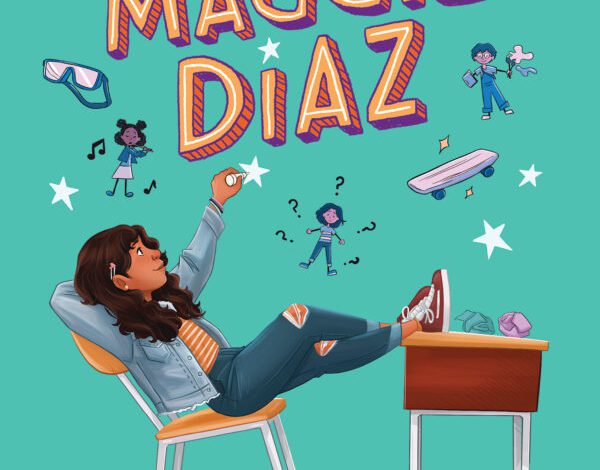 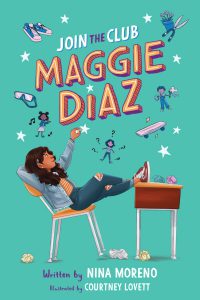 It’s the first day of seventh grade, and Maggie Diaz is eager for the new freedoms that West Memorial Middle School in Miami will hold. However, this messy and forgetful gal with strict Cuban parents discovers that life at this age and stage is complicated.

Maggie has no phone, shares a bedroom with her abuela, and endures chaos at home with a teenage sister, a brand-new baby brother, a mother who is trying to complete her accounting degree, and a father who is working out of town. Furthermore, she feels left behind by her friends who are moving forward with their own interests. like band and art club. Determined to find her own passions and identity, Maggie begins joining clubs. She also has an ulterior motive: to earn her independence and to prove that she’s responsible so that she can get her own phone.

On this subject, Maggie’s mother tells her, “I think it’s great that you want to try new things, but I want you to do them because you want to. Because you’re interested and curious to learn new things and grow” (179).

As Maggie tries on and discards one identity after another, she’s worried that she’s just playing around while everyone around her is leveling up. Soon, she’s hiding failed tests and less than stellar progress reports since all of her time is going to extracurricular activities.

Ultimately, Maggie learns that being honest about misunderstanding and making mistakes is critical to building responsibility. She also realizes that waiting for everything to be perfect doesn’t improve anything.

Such is the plot of Join the Club, Maggie Diaz written by Nina Moreno and illustrated by Courtney Lovett. Tween readers will likely find this novel relatable and humorous.