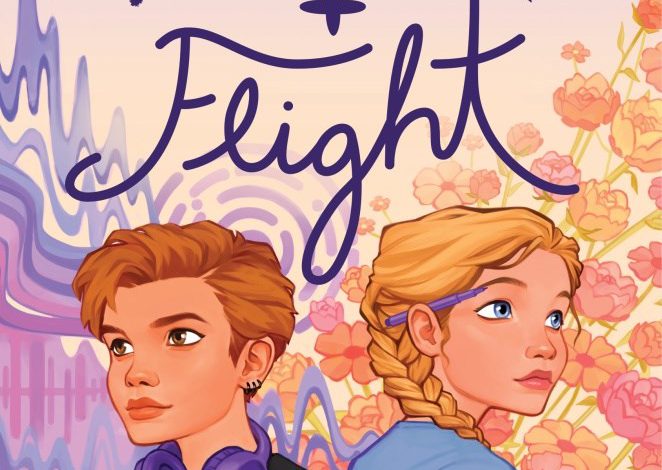 Fight + Flight by Jules Machias is a book for any young reader looking for a story that shows how to face a barrage of struggles that seem to occur simultaneously. A pansexual thirteen-year-old with lots of sass, Avery Hart loves dirt bikes because they’re “buzzy and beautiful.” This bold and assertive girl dreams of becoming “a robotics engineer who invents adorable AI assistants that do boring chores like washing dishes and folding laundry and cleaning the bathroom” (26). 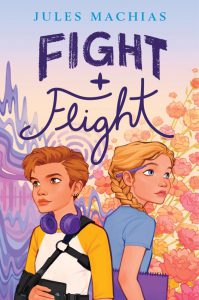 Diagnosed with the hypermobile type of Ehlers-Danlos syndrome (hEDS), Avery’s body presents a series of challenges. Although she has always been rubber-band flexible, now she is beginning to break and dislocate joints. Despite the danger to her, Avery craves the adrenaline rush of driving a dirt bike on a curvy, mud-slick trail. She achieves the same exhilaration from playing the drums: “Using each limb in harmony to build a heavy, pounding beat for every other instrument to ride gives me a hefty soul-serving of heck yes” (92). Now that she has endured shoulder surgery due to a dislocation, Avery is sidelined and feeling untethered.

Although Avery’s passion is for “glorious movement and action,” Sarah prefers drawing and writing. Art—with its therapeutic power—gives Sarah an escape from life’s stressful moments and contributes to healing when she has a panic attack. More timid, Sarah’s drive is to help people. To illustrate the primary difference between the two girls, when the school holds an active shooter drill without alerting anyone to its being a simulation, Avery wants to punk Principal Ritter in a vengeful act involving fireworks while Sarah hopes to unify the school and focus on the future. Sarah would rather channel her feelings into making positive change while Avery focuses on anger.

Whether a body giving out or a mind swirling with fear and anxiety, both are trapped by different issues and each wishes to make the out-of-control feeling stop. Likewise, the pair has to learn to work with their minds and bodies instead of fighting against them. They’re also unsure how to navigate their mutual attraction.

Both girls further share the friendship of Mason. A world-class question asker, Mason is a kind, caring, and brave mixed race young man.

From these three tweens, readers will learn ample advice about reform measures versus revenge, about the consequences of cruel choices, and about coping with death. After all, the fact that our lives end is what gives life meaning. Angela tells Sarah: “Spend your energy on what you can change, instead of wasting precious time worrying over what you can’t change” (203). We also recognize how flying a kite and drawing are forms of rejoicing and praying.

Machias’ inspiring story about expanding gender norms not only reveals the “messiness” of growing physically, emotionally, and psychologically but shares the value of feeling seen.