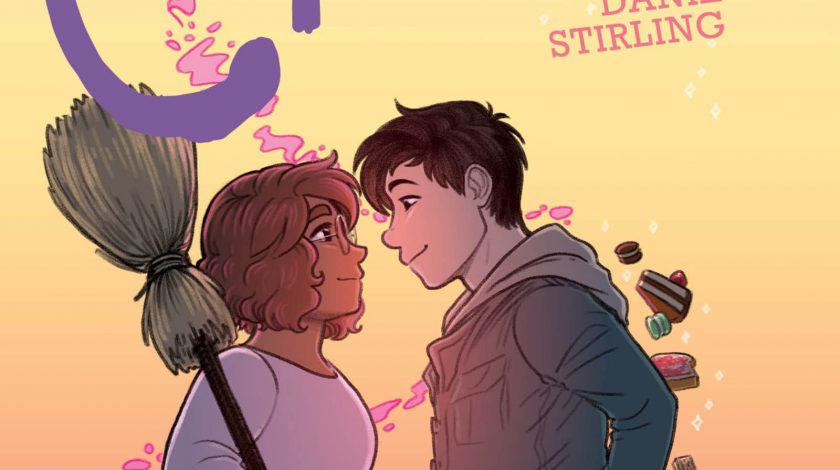 Based on the web comic from WEBTOON, Crumbs by Danie Stirling is a fantasy romance featuring characters Ray and Laurie. A number of this graphic novel’s scenes occur in a bakery owned by Laurie’s Aunt Marigold, who names pastries after enchantment spells she has concocted.

A seer who attends Council Academy, Ray wants to put her visions to good use. The novel’s second protagonist, Laurie Garcia aspires to be a world famous musician who plays sold-out concerts in which the entire audience sings along.

Yet neither character has a straight route to that sought-after goal. Ray struggles with parental expectations and her own assurance that she’s on the right career path. Laurie has to learn to love himself, cope with his parents’ deaths, overcome his fear of flying, and navigate the challenges that every musician faces with fierce competition. When a relationship between the two begins to blossom, the couple also has to learn to be honest with one another.

From the story’s events, readers will draw several important morals about trust and honesty as well as learn the truth that another person is not responsible for our own happiness. We can’t blame someone else when we’re sad. Furthermore, this graphic novel imparts an important lesson about knowing what we want and then setting out to pursue that goal.