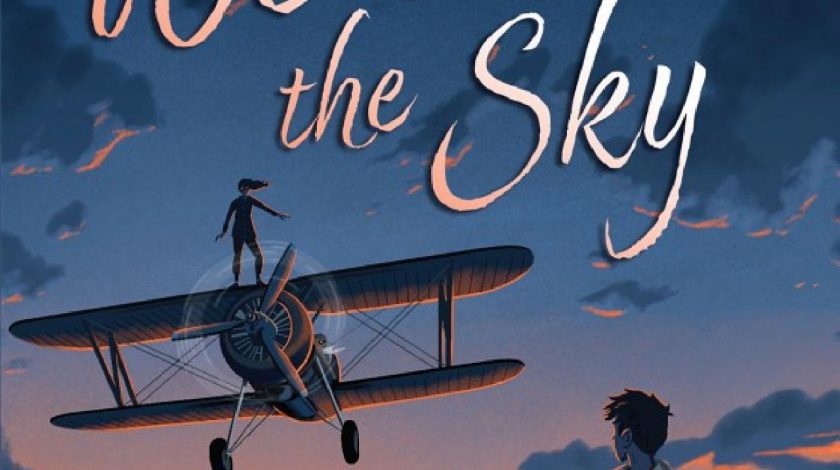 We Own the Sky by Rodman Philbrick

Newbery Honor Winner, Rodman Philbrick introduces adolescent readers to an account of historical fiction in his new release, We Own the Sky. Both adventure and history, the novel features eighteen-year-old Josephine Michaud and her twelve-year-old brother, Davy.

Orphaned in 1924 after both of their parents have perished in separate mill accidents, the two adolescents become the wards of Ruthie Reynard and enter a strange new world of flying machines and daredevils. Their mother’s famous cousin, Ruthie is not only a record-setting aviatrix but the star of her very own flying circus and the first pilot of any gender to fly nonstop between Chicago and New York. She is also the first pilot to fly upside down under the Brooklyn Bridge and the holder of the record for most loop the loops. Philbrick based this character on the life of Ruth Law.

With the circus and under the tutelage of Ruthie, Davy gains fame as Donkey Boy and Jo becomes the Amazing Josephine. Despite being wonderfully afraid of flying, Davy cheers on his sister, “a poor French girl who has escaped the Biddeford mills and id determined to have a life that doesn’t involve inhaling cotton dust” (71). The previously serious, studious, and dutiful Jo becomes a wing walker. Showing off her talent and nerve, Jo dances the Charleston on a Curtiss JN-4, better known as a Jenny.

However, not all of life in 1924-1925 was entertainment. In these early days, Maine had quite a contingent of Ku Klux Klan (KKK) members. With free speech in the United States, this group could “spew whatever poison they want” (25). Jo explains to her brother that the “Maine Klansmen despise immigrants, especially Catholic or Jewish immigrants. They believe we have invaded their country and that the white race and their way of life will be overwhelmed” (27) by what they consider interlopers or foreign invaders.

At one point in the novel, KKK members ride into a church during Mass on horseback, wearing white robes and pointed white hoods, shouting, “GET OUT OF OUR COUNTRY, YOU PAPIST DEVILS” (42). During another incident, a ruddy-faced man stands atop a crate during the Union Fair and shouts, “My fellow white Americans! We are in danger! The lower races seek to overwhelm us! To replace us! It is happening right here in the great state of Maine! We have been overrun by ignorant immigrants and filthy foreigners! If we fail to drive them out, our white race will be destroyed!” (65).

As Davy learns from Ruthie, the KKK owns their hatred, but “we own the sky.” While Philbrick’s novel is a work of fiction, white supremacy still exists today. New organizations promoting hate and holding repugnant beliefs have sprung up worldwide. Philbrick’s book encourages those who believe in equality and democracy to speak out against intolerance and to practice ally behavior.

Davy decides that he will fight back against these men whose brains have been invaded by wasps that have “stung ‘em with bad venom” (49).